2022 US Open Report at Lake Mohave 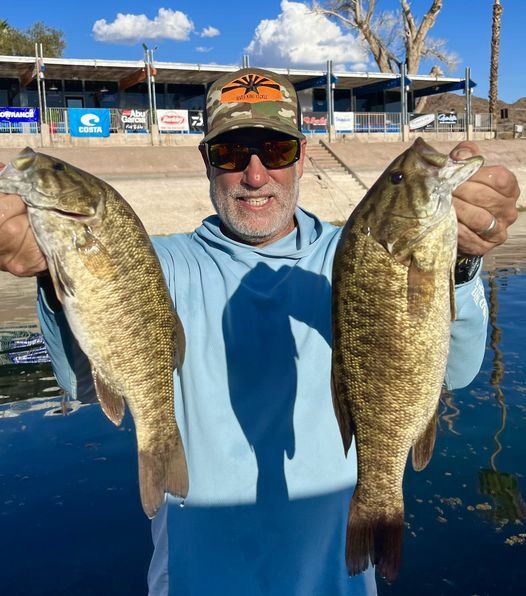 vcxdsrHey Ya'll, Well here is my US OPEN update. But before I get into that I wanted to extend a HUGE thank you! The amount of support this community has given me was overwhelming and humbling. All your messages, calls, those that came down to the event, those that stopped into the tackle shop ect means the world to me. Thank you to Mike Stevens for the articles written about me in Western Outdoors News magazines leading up to the event. I also have to say thank you to all you who have supported our little tackle shop and guide service that makes it even possible to do this tournament. These tournaments are extremely expensive to compete in, literally thousands of dollars when you add in entry fees $1600.00, Fuel for weeks of practicing, tackle and taking time off from guiding ect its runs in the many thousands and without the support of all of you it would not have been possible.
So day one went ok, I caught over 30 fish that day, all shorts ( Under the 13 inch ) I weighed a 3.37LB Largemouth and lost 2 weighing over 4 LBS at the boat. I should have muscled them in a bit more, I played them too long on my 6lb Fluorocarbon. Lots of guys struggled on day one and we were still in the top 120.
Day 2. Went Better I caught 20 Fish was able to boat 3 keepers that weighed 10.67lbs and with 1 hour to go I lost a 5-6lb Largemouth, but it got worse from there. I checked my live well and our fish weren't doing so well so I had to make a the super tough decision to come in an hour early to weigh my fish to insure they did not die, they had been in the live well for 8 hours by that time, but this still put me in the position to make a top 100 finish.
Day 3. The nightmare of all nightmares happens. All I needed was 9-10lbs to get a top 100 finish. I had spots I knew were holding fish. I was the last flight to launch and a ton of other boats decided to fish the same area that I had been fishing the previous 2 days. I could not fish ANY of my spots. On top of that the bite on the last day completely changed. Most fish being caught were in the 40 to 60 foot range and I just didn't have the electronics to make that happen. I did not get a bite until 1pm with a weigh in time at 3:45pm. with 45 minutes to go I had 3 huge smallmouth chase my bait but could not get them to commit and ended up not weighing any fish on the last day which sent me way down the leaderboard.
Now in closing, I don't regret the way I fished or where I ended up, These are the best Bass Fishermen in the world with the best equipment and boats. My boat is 30 years old and by far the oldest boat there, actually the only old boat. I will be fishing it again next year and in addition I will be fishing the Laughlin Open in March. There will be some big changes that I am making for these next major tournaments coming up. I will be getting a brand new Bass Boat with all the latest tech in electronics. If you don't have Livescope on your boat its hard to compete when the lake gets tough. This was my first major Professional Tournament and its definitely not my last. I am very happy and proud of the way things went even though I didn't place well at all. All the big name guys and even some of the legends made it a point to introduce themselves and treated me with a ton of respect and made me feel like I belonged and was welcome in that circle of the Elite Bass Fisherman. I will also be guiding Bass on Lake Mohave this Spring with the new boat, we have started the process of getting the Special Use Permit to do so.
Last but not least a BIG Congrats to Josh Bertram for the win, well deserved to put fish like that in the box for 3 straight days. Could not have happened to a nicer guy. 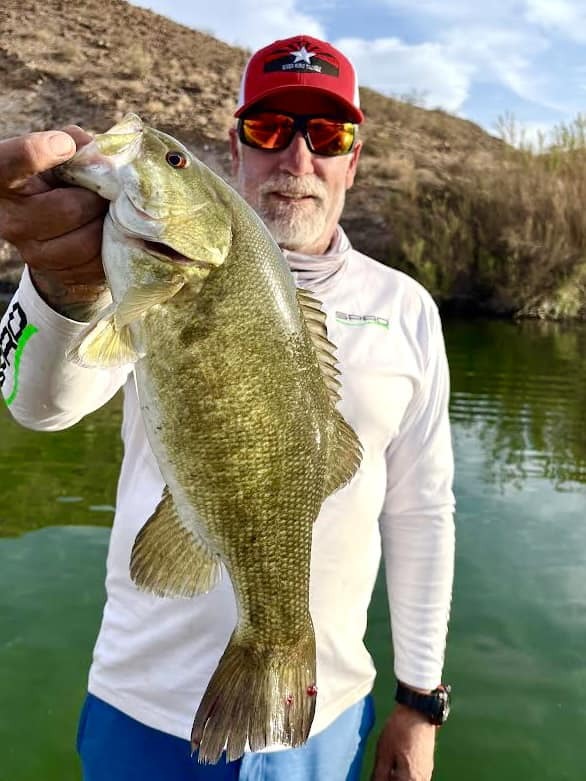 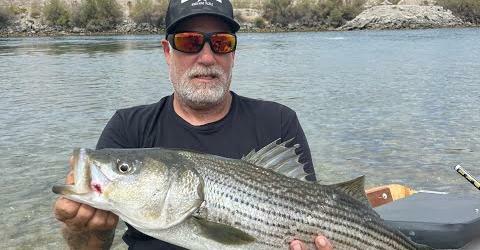